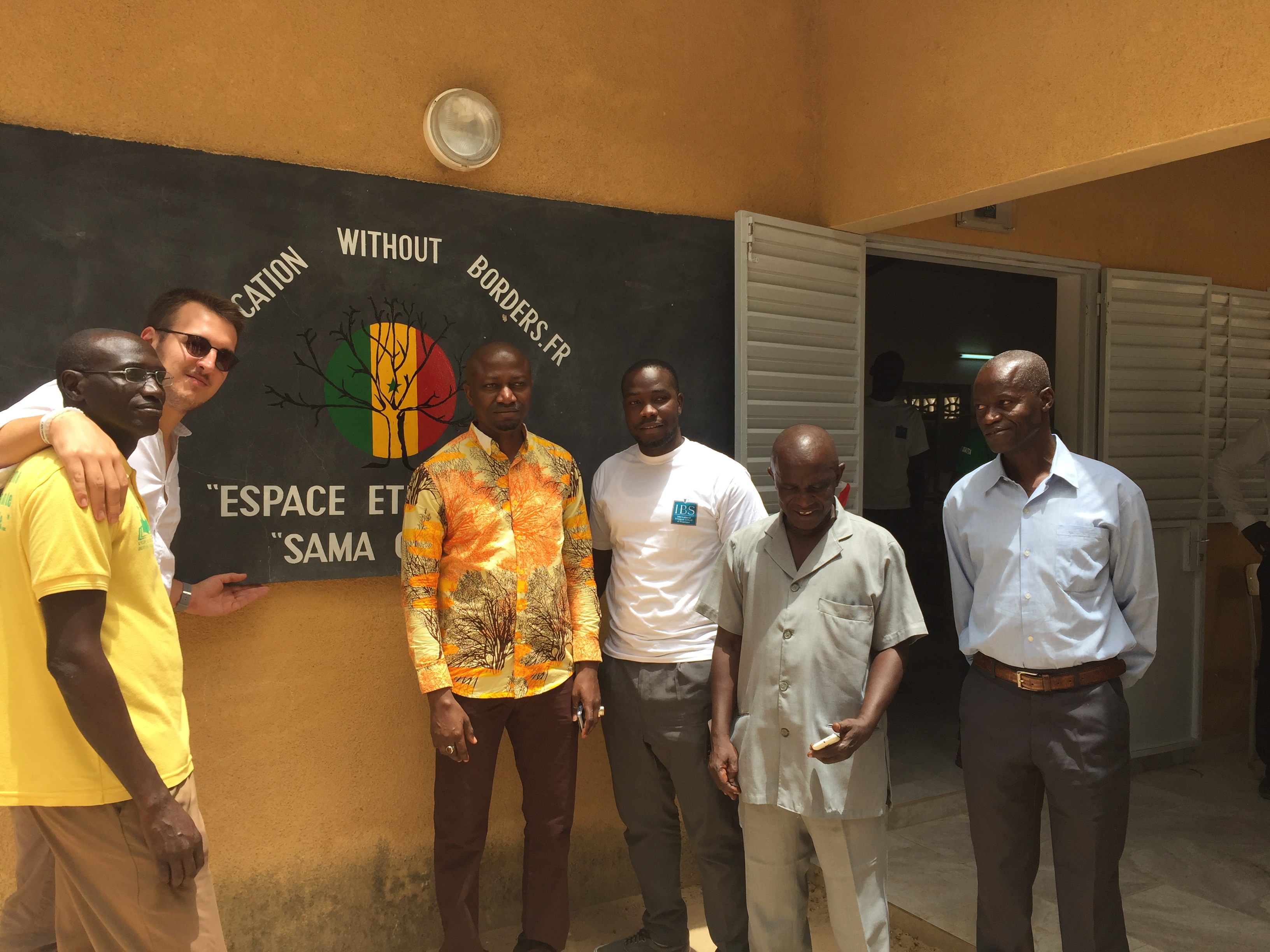 During the Easter break, Jack Ribourel (class of 2015) travelled to Cabrousse in the South of Senegal to attend the official opening of the new student hall and library of the CEM school.He represented the non-profit Education Without Borders.fr (EWOB) and IBS of Provence.

IBS of Provence has a long-term commitment and partnership with the CEM school, to provide funding, educational materials, support and exchanges. The project , initiated by Jack’s sister, Syrah (class of 2013), has raised over 20,000 € sofar, of which IBS (parents, students and the school) donated/contributed half.

The student hall and library building was completed at the beginning of the year. The ceremony was attended by representatives of the national and local government, the ministry of education, teachers, parents and students. The opening speech was delivered by the mayor of the rural community of Diembering. The mayor, the school’s director and the representative of the local student body all expressed their recognition of the partnership between EWOB, IBS and the CEM. A special mention was made of the fact that this was the very first project of this nature in Senegal and of the opportunity it created for the local students to improve their learning conditions. ! »